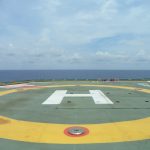 Contrary to what you may have heard, offshore does not necessarily refer to a faraway land or tropical island in the middle of nowhere. In fact, anywhere outside of your domestic environment is, ipso facto, offshore.

There are many terms thrown around when it comes to investing offshore, but a few important ones to consider as an expat are “low-tax district,” “tax haven,” and “offshore financial centre (OFC).” These simply refer to a country in which an investor places his or her assets because of the country’s low(er) taxes.

In fact, by some estimates, more than 15 percent of countries could be considered tax havens. Therefore, when you invest in a low-tax district, you are basically investing in a foreign country that has favorable tax laws.

In future articles, we shall discuss the economic, psychological, and even moral implications of investing offshore. However, for the moment, I wanted to make sure that we had a common understanding of what offshore means in terms of saving and investing.