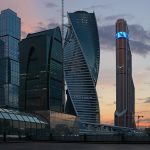 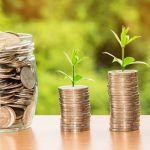 Life as an expatriate has never been more interesting. With the advent of remote work, improved technology and communication tools, and so many choices out there when it comes to careers, job prospects, and exotic locales, being an expat is indeed exciting and adventurous.

Inevitably however, if we look past all the glamour and luster of being an expat, the issues of finances and investing for one’s future come up. Being an expatriate does not mean that one can ignore the importance of saving and investing.

As an expatriate, at first glance there appear to be fewer options out there for you, as you may not be able to contribute to a retirement plan in your home country, such as a 401k, IRA, or equivalent plan.

That is one truth. But another truth is, expats also have many advantages when it comes to the array of offshore investments available to them. You, as an expat, can build a lifestyle you are proud of, and live life to its fullest. Indeed, you are already halfway there. At some point, you decided that you wanted something more than the humdrum existence of working a boring job back home, and decided to leave the shores of your land, seeking adventure, success, and enlightenment elsewhere.

But how does one, as an expat, find out about such investments, and live such a lifestyle? The reality is, most expats I come across have no idea how or where to save and invest money. Many opt to do nothing about it, putting it off for another day. But what happens when that day comes?

The purpose of this blog is to help you find out what options are available to you, and ensure that you too live a life that you have always dreamed about. It all starts with handling your finances as an expat.

Whatever your financial situation may be, because you are viewing this article, I am sure the topic of saving for your future is important for you. And, the bottom line is, investing offshore is one of the best ways for you to save and invest money as an expat. This blog aims to teach you just how to do that.